Ceri & Liam had very unique wedding in Whitby. They had a ceremony in the forest, a walk on the beach followed by cocktails in the vegetable garden of Liam’s parents home then dinner and dancing in a marque – a truly dreamy day!

Planning a Wedding In Whitby ? Get in touch to discuss your day 🙂

We got married at the Old Castle in Mulgrave Woods in Whitby. These are some old ruins deep in the woods, we wrote to Lord Normanby who owns the land and who Liam’s dad has worked for for 40 years to ask his permission for us to hold our ceremony there. Our guests had to walk through the woods to reach it though some were taken via Landrover. For the reception we had a marquee in a field overlooking the woods and sea at Liam’s parents house which is a gatehouse to the woods in a village called Dunsley.

It was very relaxed we didn’t have a colour scheme but we incorporated the woods into the styling with real trees in the marquee, log cuttings and lots of wild flowers. I’m a photographer so we had lots of vintage cameras around.

The Bride wore a long sleeved lace dress called Luna by Charlotte Balbier, it was a very soft lace and I wore it with a long veil. Diana at the Little Pearl Bridal Boutique in Pickering suggested the dress after I had described the wedding and it was the only one I wanted once I had tried it on. She knows her stuff!

The Groom wore a dark blue wool suit with a flecks in from Next, and wore real leather tan braces and a tweed bow tie.

Bridesmaids wore dresses from ASOS in a dusky lilac colour, they also wore flower crowns made by Tink, who was also our makeup artist. Shepherd’s Purse Make up and flower crowns. The flower crowns are made from the most beautiful silk and velvet artificial flowers. Groomsmen wore what they wanted but had matching braces and bow tie to Liam.

Beth Clarke and Matt Lloyd, I know them already as we all began our careers in press photography, being a photographer myself I picked someone whose style I loved and I knew they would get on and do their thing and it would be perfect.

Sophie Longhurst of Ginger and Flynn did our bouquets, they were really natural looking and exactly how I had imagined them to be.

Liam’s mum Karen made us two cakes, a naked lemon drizzle cake covered in fruit and flowers and Liam’s grandma made a traditional fruit cake which Karen iced in the style of a fairly house made from wood, with toadstools on it, it was amazing!

chef Alex Perkins from Bridge Cottage Bistro at Sandsend did our catering, we couldn’t get ovens up in the field where the marquee was so decided on a bbq, we had venison burger or lobster to represent the woods and sea served with sour dough bread, herby potatoes and salad. For a bit of fun we had home made Yorkshire Parkin as a pudding as Parkin is Liam’s surname. We served this with earl grey ice cream and rhubarb. We also had cheese and pork pies for people to nibble on. The evening food was a Landcover Pizza Oven “The Pizza Guy” and went down a treat.

We had a local band as well as a singer in the afternoon. The singer Fran Minney from Leeds I heard at another wedding and had to have her as her voice is just lovely. The band in the evening Alan Brown and family, were good fun and got everyone dancing.

Our Wedding rings were mad by my friend Geri of Smuggler’s treasure. It meant a lot to us that they were made locally and by a friend, they are a hammered texture with an engraved heart inside. Geri also made me some anklets which had brass beads, bells and fresh water pearls on as I had bare feet on the day.

My favourite part of the day was walking into the old castle and seeing all my fiends and family smiling and Liam waiting at the end of the aisle, I relaxed at this point and new it was going to be a good day!

It is easy to say but don’t get too worried about all the small details and whether everyone is ok. I was worried the guests wouldn’t enjoy the long walk to the castle or would get lost but everything came together on the day and overtime I looked round and saw everyone smiling I wondered why I had worried about it. Also pause and take in the day whenever you can as it goes by in a flash. 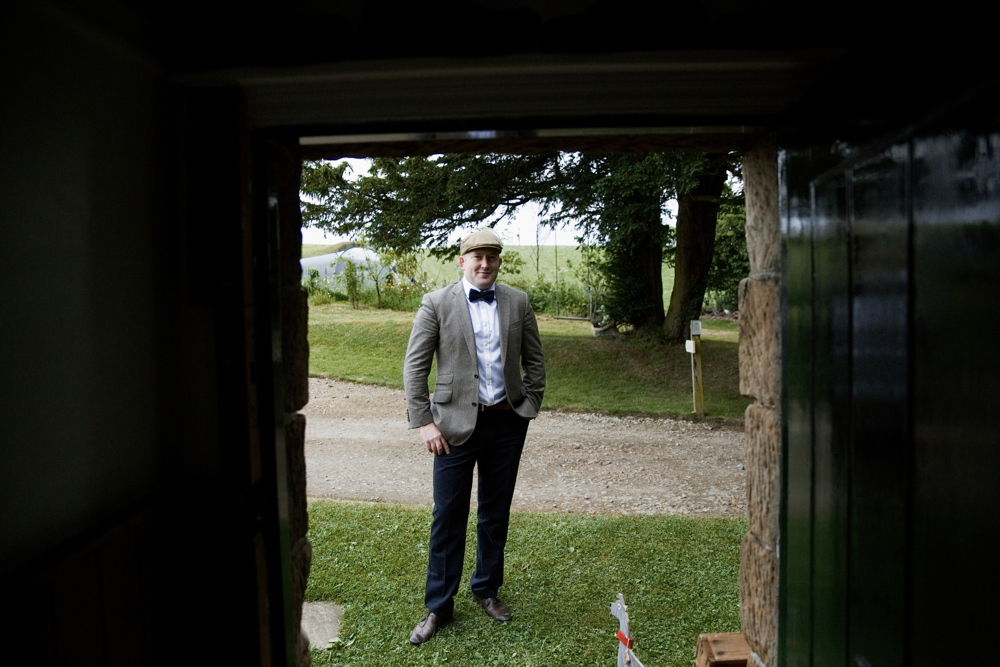 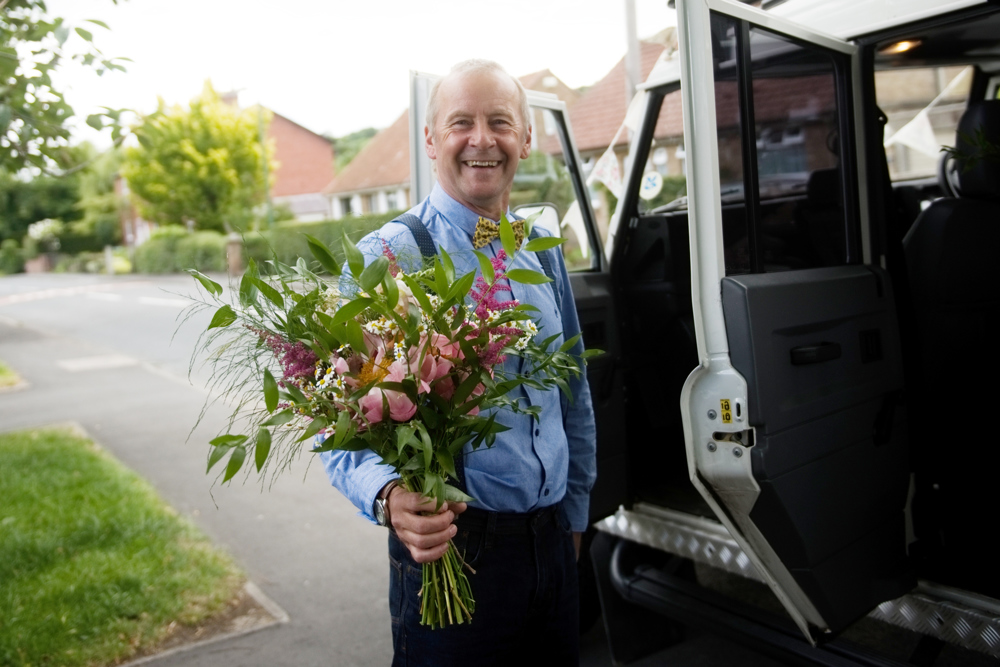